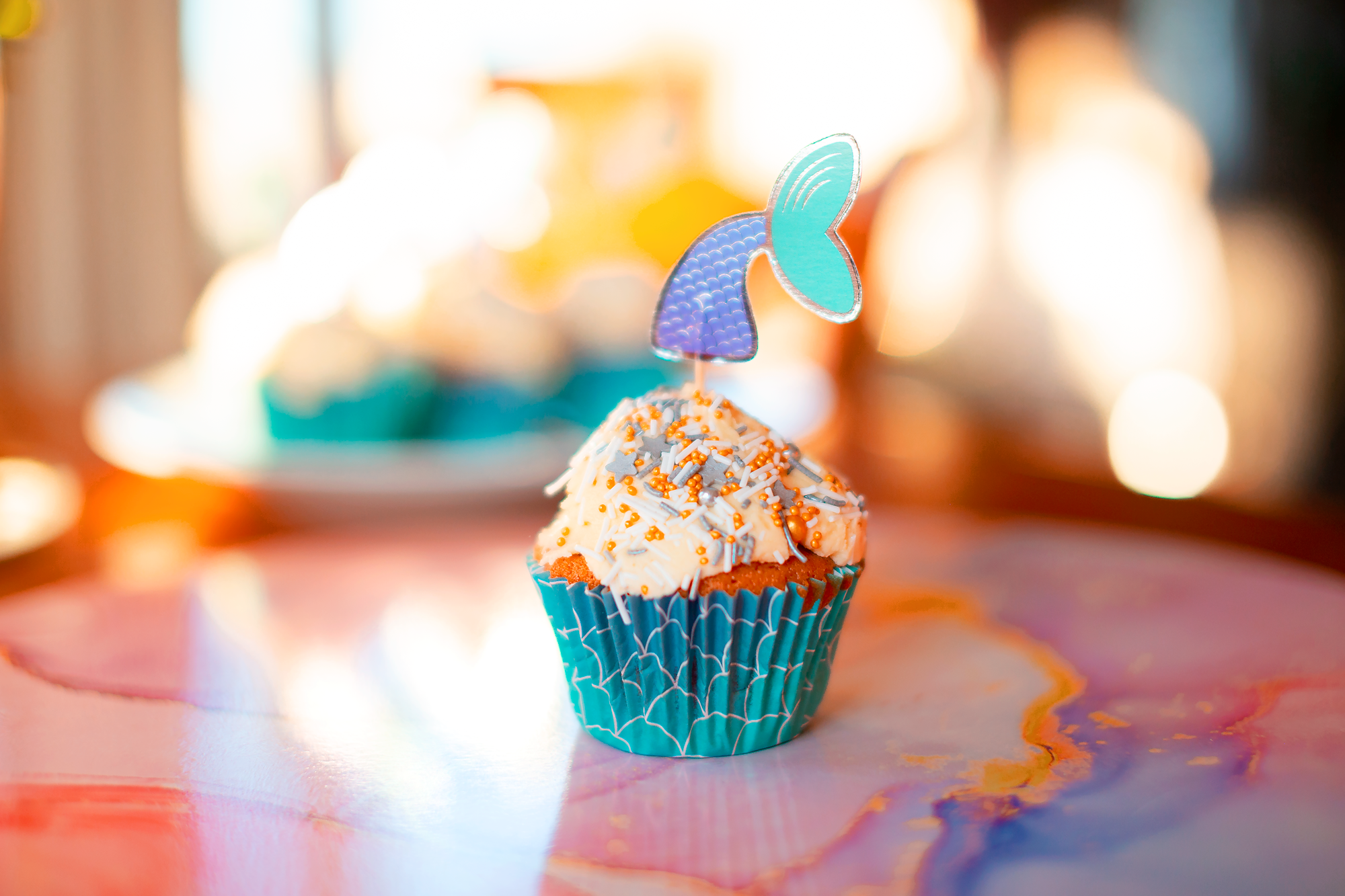 Hi everyone!  I'm super excited to introduce Sarah from A Spoonful of Vanilla onto today's guest blog.  Sarah has amazing recipes on her blog, and after test driving these rainbow cupcakes yesterday - 100% can vouch that they are DELICIOUS.  In fairness to her recipe, the photos uploaded are from my creation and I turned them into mermaid themed cupcakes. My icing and rainbow didn't look quite as pretty, so I'll add in a couple of her examples at the end to what they should look like!

| Head's up! This page includes affiliate links.  Check out our privacy policy and sidebar for more info. Scroll to the bottom if you're on a mobile ♥ |

Ever since I made my Rainbow Cake I have wanted to make the cupcake version. So when Claire came to me saying she had an opening on her blog for a recipe and she wanted me to make something colourful and fun I knew I had to make these cupcakes.

To make these cupcakes I used a similar method to my Velvety Vanilla Cupcakes. I did increase the amount of ingredients I used so I dye the batter into my rainbow colours, as I was worried I wouldn’t have enough batter.

To make the cupcakes I start off by mixing my butter and caster sugar together until the butter is soft and lighter in colour.

Next I add in the flour, eggs, baking powder and vanilla extract and mix again until all the ingredients are combined. Next you want to split the mixture into five separate bowls. I used five colours rather than seven just because I didn’t think I would have enough mixture to get even layers of rainbow if I used seven colours so I used five so I could get thicker layers of colour.

For the buttercream I decided to use a simple white buttercream. I thought because the cupcakes were rainbow that rainbow buttercream might be too much. In a bowl, I mixed together the icing sugar, butter and vanilla extract. If you find your buttercream is too thick add 1tbsp of milk at a time mixing in between until it reaches the desired consistency.

For the buttercream you need to use unsalted butter, if you use a baking spread or stork you will find that it is too soft. If you want to make rainbow buttercream check out my alternatives section below for the instructions.

Pop the buttercream into your piping bag, I used a Wilton 1M Piping Tip and pipe the buttercream on top of your cake. I decorated it with the prettiest rainbow sprinkles from Sweetapolita.

What equipment do I use?

What ingredients do I use?

To Make the Cupcakes

To Make the Buttercream

A massive thank you again to Sarah for her amazing recipe.  These were a great hit at home, and nearly all of my batch has been demolished!  Are you keen to try them out? Let me know in the comments!  As always, if you'd like to appear on the blog with a guest post - feel free to send me a suggestion on my contact page.

I hope to hear from you soon!

Don’t Miss A Post!
[Affiliate] Amazon
Socials!
It's been a hot minute since I last did an update.